This morning, I woke up to almost a half of an inch of ice blanketing the world. My lawn, my trees, my house, my car, my neighborhood, my world. All of it glistened under the grey sky like crystals. A good ice storm doesn't need sunlight to be beautiful, because any ambient light gets caught in the glacé world, and is amplified. It is beautiful.

It is also dangerous. Vermonters are a special group, and growing up in the North East Kingdom, I am used to winters with 400 to 500 inches of snow. In high school, and just after, I worked at Jay Peak, and remember getting 550 inches one winter. 2002, I believe. But that is snow, not ice. Ice is a different thing entirely. If you live somewhere warm, here is the trick: snow tires are a must for winter driving if you are even slightly unsure of your ability to drive in snow. The only thing that sticks to snow is snow, so snow tires are designed to scoop up snow and hold onto it, and that scooped up snow sticks to the snow on the road. Instant traction! Fun fact, all season tires are for spring and summer, but most lose their strength below freezing. Anyway, what sticks to ice?

The best car for this type of winter weather is, hands down, an all-wheel-drive car. Not an SUV. Not a CUV. Not a truck. An AWD car. Something with it's weight low slung, something with a suspension that forces the wheels down into the road, and something with a few inches of ground clearance, enough to not get hung up on the snow, but not enough to clear boulders.

And if you are at all like me, an AWD car with almost 400 horsepower, a shitload of torque, and heated everything.

I drive a Ford Taurus SHO. 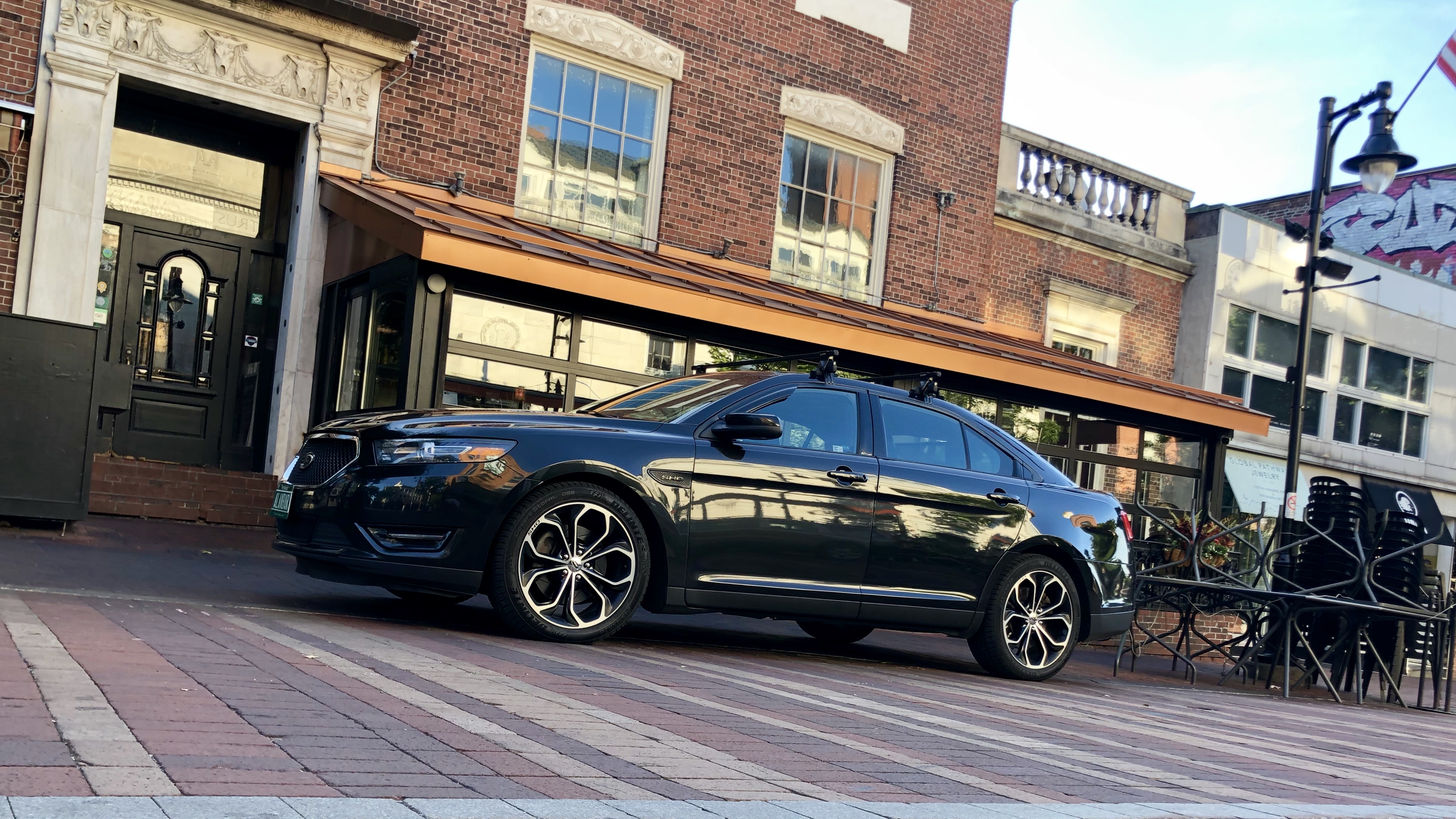 This morning, I woke up to almost a half of an inch of ice blanketing the world. My lawn, my trees, my house, my neighborhood, my world. All of it glistened under the grey sky like crystals. A good ice storm doesn't need sunlight to be beautiful, because any ambient light gets caught in the glacé world, and is amplified. It is beautiful. But nothing stops Humpy the Wonder Car. I chipped away a half inch of ice, and broke my ice scrapper in doing so, but I was able to clear the glass I need to drive (front windshield, rear windshield, and both front windows) and out into the world I went.

In a world where Subaru's can't quite hang, and more SUVs stay home, my SHO, an Audi A4, and a BMW 328xi owned the roads. Light to light, and with the rear end breaking lose from time to time, we roared down the streets from west to east. There was no traffic, and when there was traffic, it was worried, afraid of the ice and snow around it. 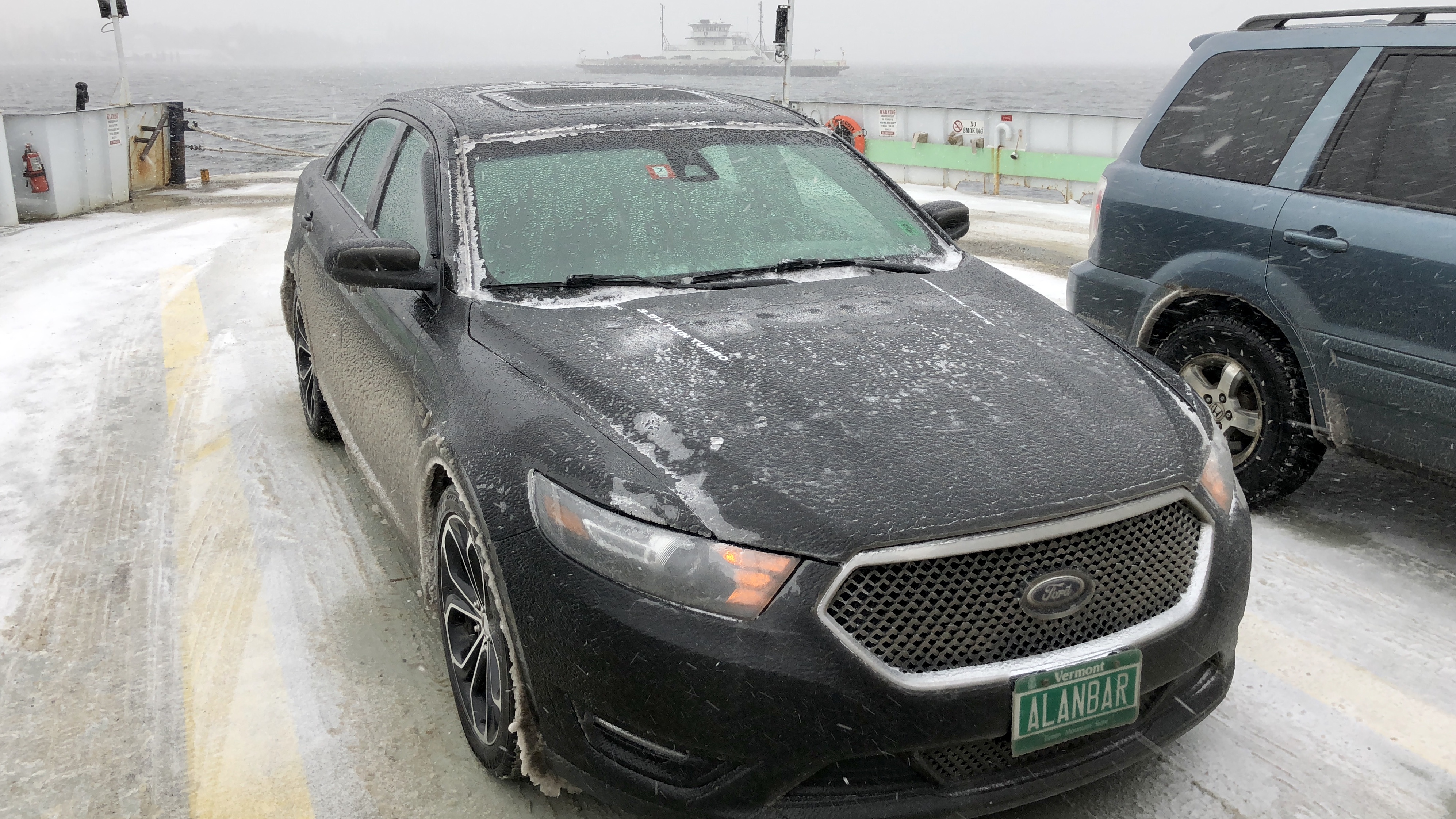 I remember, years ago, reading an article about two people putting winter tires on a Chevrolette Corvette, and driving it to the northern tip of Alaska, or perhaps Canada. Lots of snow, ice, storms, weather. Not the kind of place you would normally drive a Corvette. But I remember reading it, and imagining how much fun it must have been. Not because it was stupid, but rather because it was silly. The car was so well engineered that it actually handled the weather well, with almost no issues. It was the people who had issues, mostly fatigue, if I remember correctly.

I wanted a SHO for years. Almost a decade. I just couldn't justify the cost. They are, new, $52,000, and my credit was not good, owing to years of making stupid mistakes for people that didn't, or couldn't, care. I often owned nice cars, but only because I was able to find really good deals, and tended to take very good care of my vehicles.

In 2017, I was driving a Honda Fit. Truly, the Honda Fit is Man's Most Hated Car, because it was wretched. The first generation was, I understand, fun and interesting, but for the second generation, Honda sacrificed comfort and quality at the alter of low cost, and I hated the car. I hated it so much that it actually had an effect on my home life, not that I realized it at the time. Then, just before Christmas, I found myself looking for something, and ended up seeing an advertisement for a used 2014 Taurus. I remember thinking the price seemed kinda high, and looked into it.

I found it on Christmas Eve, spend Christmas thinking about it, and drove my soul-crushing Honda Fit three hours in a snow storm to arrive at the dealership before they opened, so I could get my fucking SHO.

An hour later, I submitted the financing paperwork, and an hour later, I signed the contract. It was still quite expensive, but things had changed, and it was no longer outside of my reach. It was just inside my reach, and the car was everything I wanted. It turns out that I did not find a Taurus SHO. I found a Taurus SHO Performance Package. 0-60 is faster in my SHO than it is on my BMW motorcycle. And the SHO is black on black. It is a thing of beauty, and it has become my calling card. The car that people associate with me, with my family, with my company.