Yesterday was the big (or at least, not small) day. My triumphant return to flying. I finished all of the administrative/preperatory junk (the medical, restablishing basic medical care after a decade of not seeing a doctor, quiting smoking [more on THAT to follow!], clearing up my credit card balance issues) it was finally time to fly again.

I had this weird issue where I never want to seem over-prepared or underpredared, so I spent days AGONIZING over what gear to take with me. I spent at least a week testing my electronics to make sure everything worked, and everything had a backup, I agonized over foreflight vs garmin pilot, I fought what I thought at the time was the flu (but actually turned out to be an alergic reaction to a tetanus vaccination), I charged my Pilot-USA PA-1779T, I checked the weather, I read the Weather Underground ten day forecast, then the TAF, then the METAR, I made sure I had all of the weight and balance done days in advance, bought some Maui Jim Lava Tube sunglasses in my prescription (with the Sunrise Pink mirror lenses), went to bed early the night before, woke up early and anxious the morning of, grabbed a coffee and a breakfast sandwich, and headed to the airport, Burlington International ((KBTV)

I met my new instructor (whose permission I do not yet have to name on this blog, so I will refer to her as V), briefed on our flight plan, and met my new buddy, N9698V. 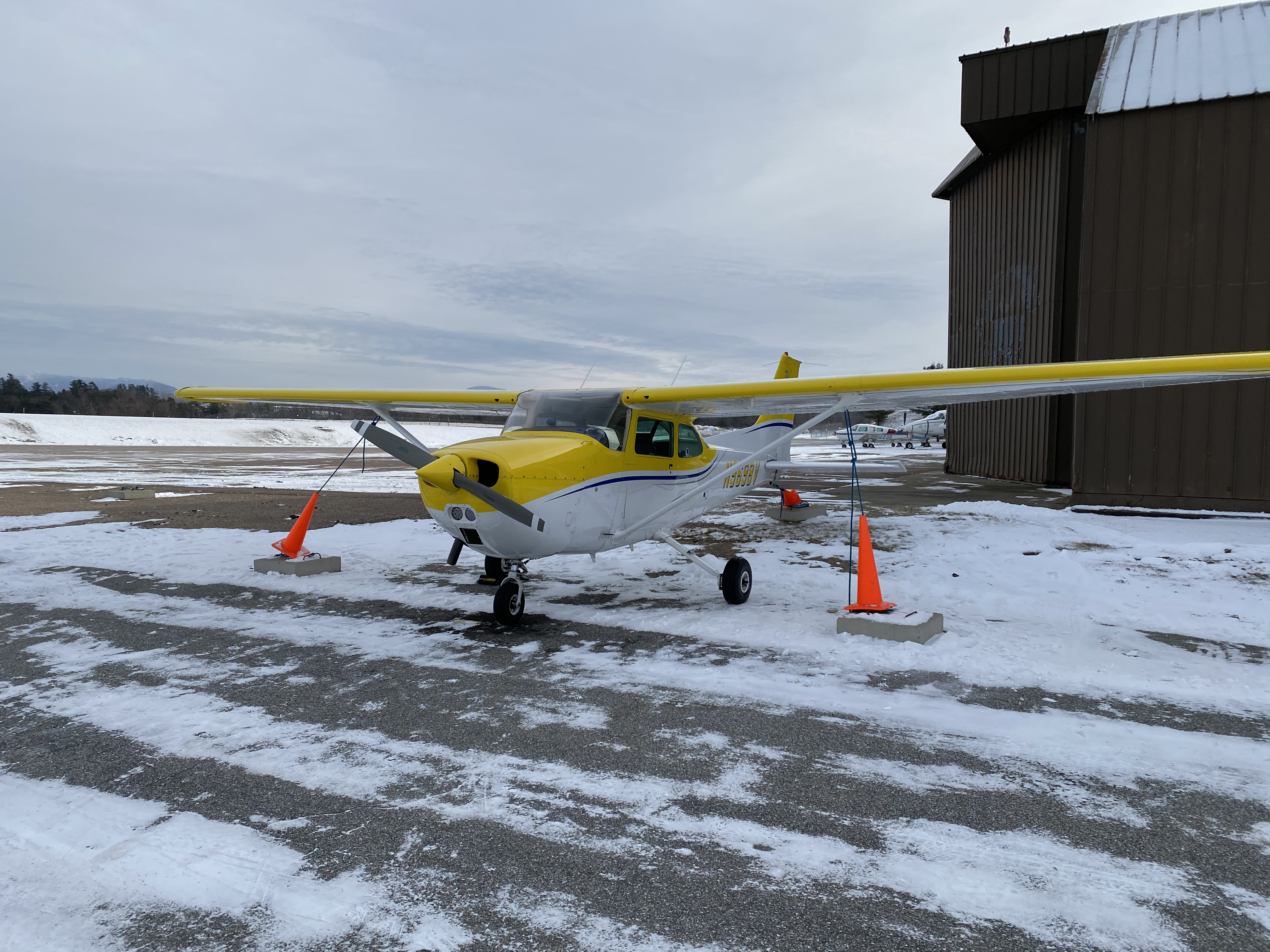 V made sure I remembered how to preflight a 172 (surprise, not all of it!) and then we pulled it out of the hangar, got it started, and taxied out.

Here was the METAR for my takeoff yesterday:

Field altitude is about 320 MSL, so my density altitude was about 42000 below sea level. This is not something that I am used to, and the 172N has more power than the 172M I flew previously, in autumn, out of a grass field.

To say that 98V's climb out was brisk was an understatement. It scared me how fast we climbed; I was expecting a Cessna 172, not a rocketship. I climbed out at between 1100 and 1400 FPM, but chickened out pretty quickly. I actually tried to hand the airplane back to V, but she didn't hear me (or is a really good instructor, and new that I was just being a nervous nelly) and never responded "I have the plane," so I continued to fly.

How step is that? Well for a new pilot in a small plane, it's hella steep. 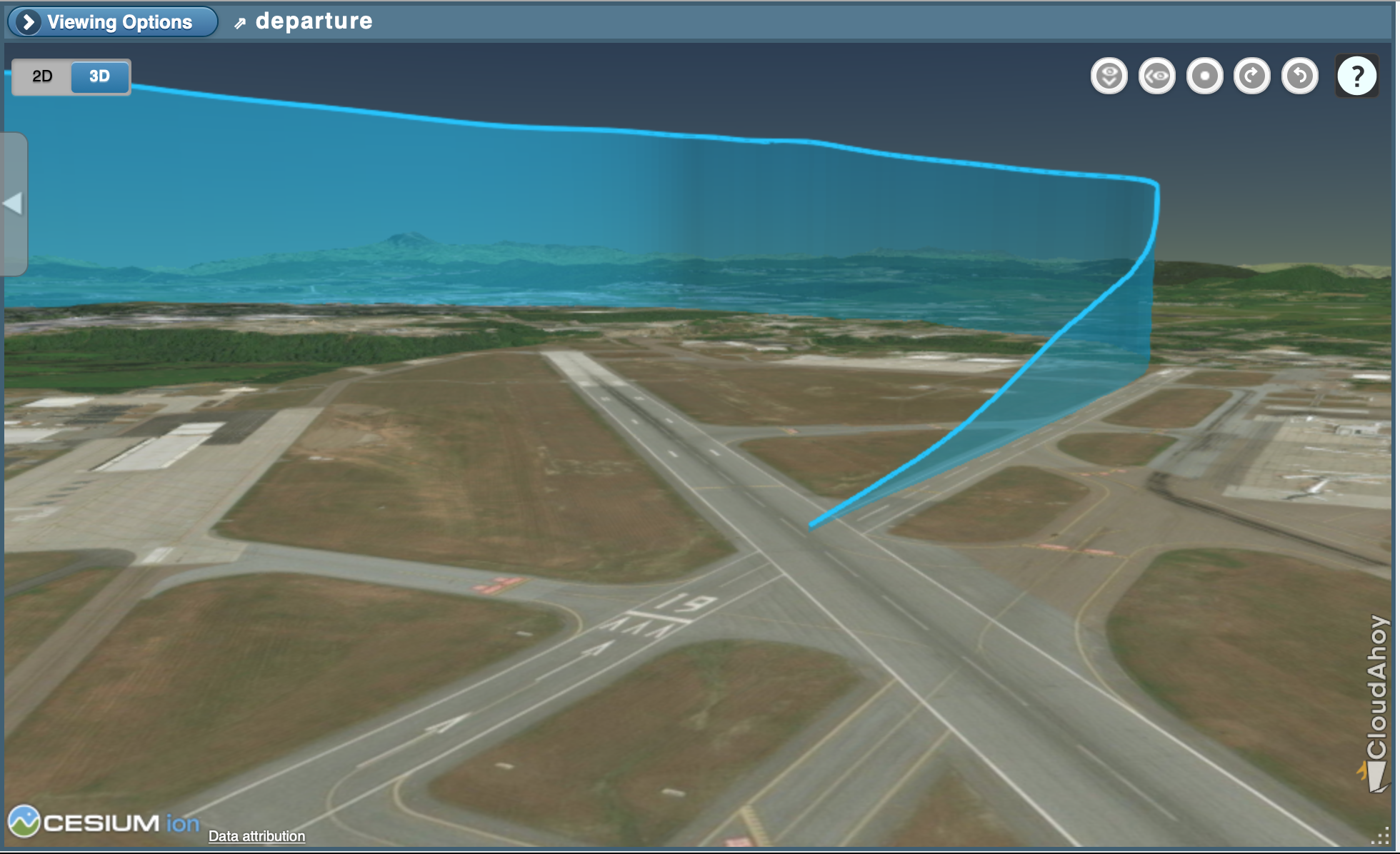 We flew to the north, and I pretty quickly established that I remembered the basics. Sayings like "look left, turn left" never really go away, since I say that when I am on my motorcycle, too. I managed to keep my eyes outside of the cockpit most of the time, and we spent a lot of time flying over northern Chittenden County, and southern Franklin County. It was pretty, certainly. 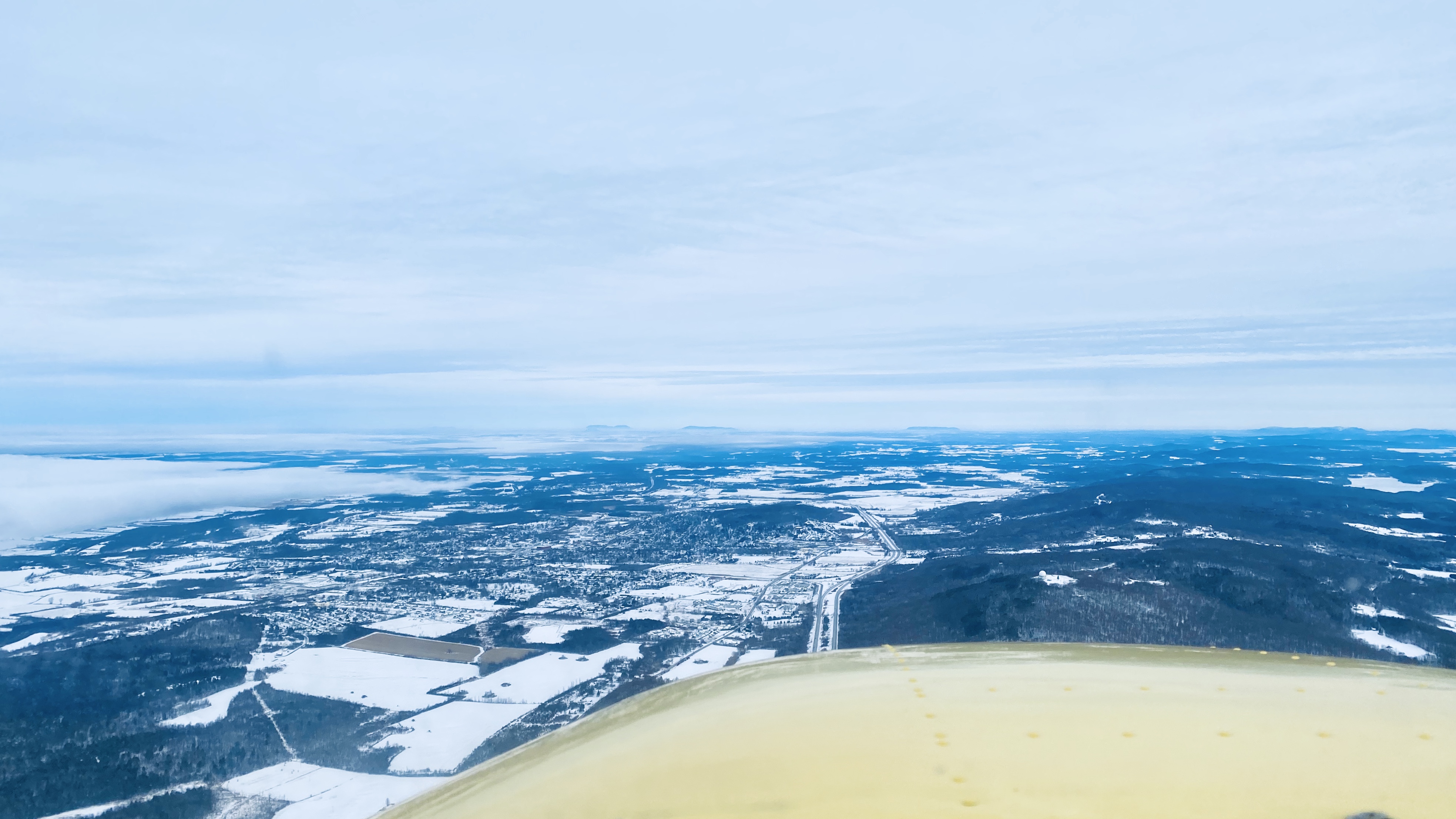 We had hoped to cross Lake Champlain, and practice touch and goes at Plattsburgh (KPBG) but the cloud cover just didn't allow it. Lake Champlain is still above freezing, and the air was, well you saw the METAR. Minus 16 C. The fog layer was so solid I could have gotten out and stood on top. 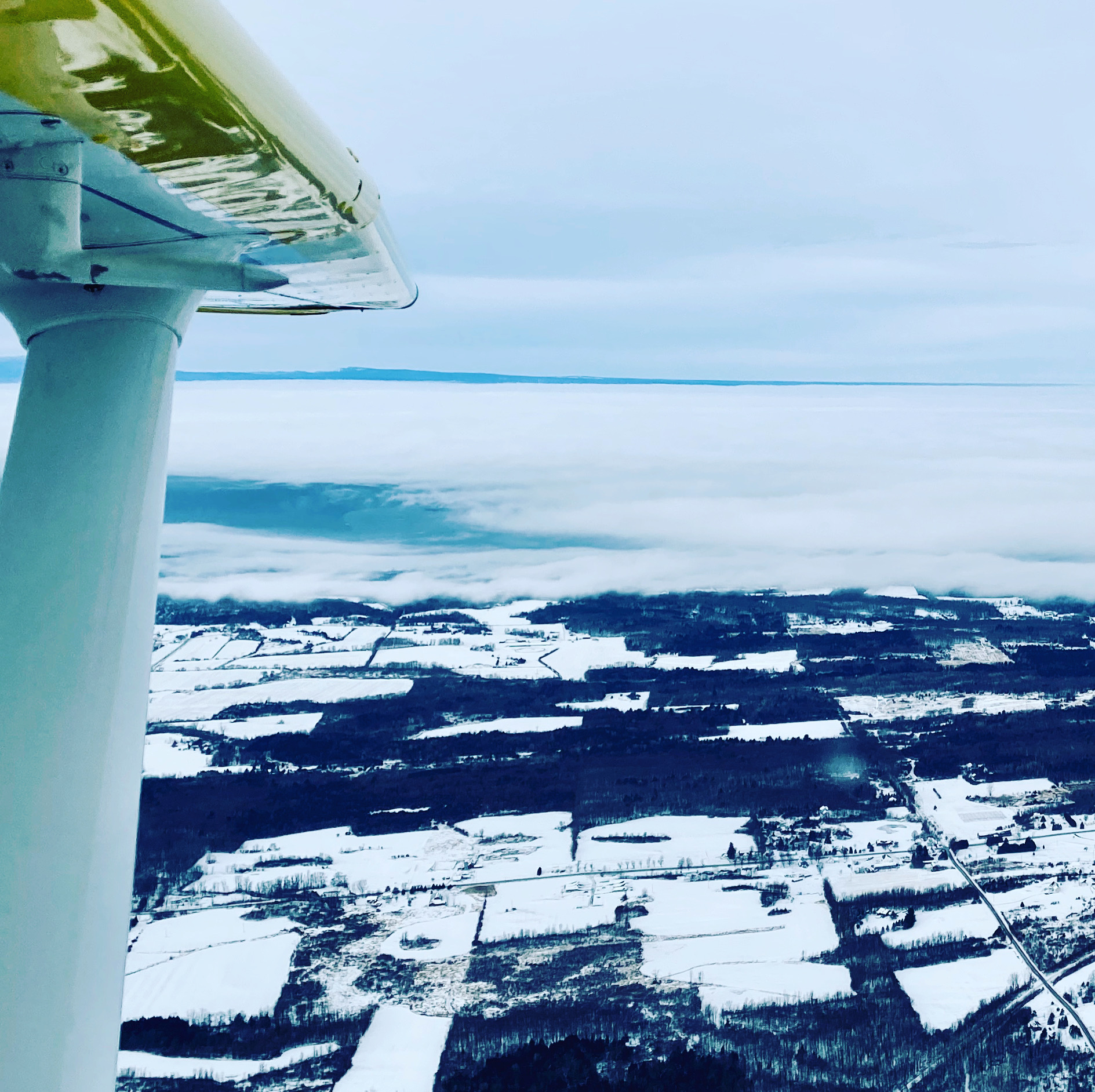 Still, it was incredibly pretty out, and I got more relaxed flying north, until V suggested I turn it around, and head back to KBTV for some touch and goes. And then the stress came back. I remember not being very good at landing before, and I am pretty sure I would be worse now. Still, back we went. 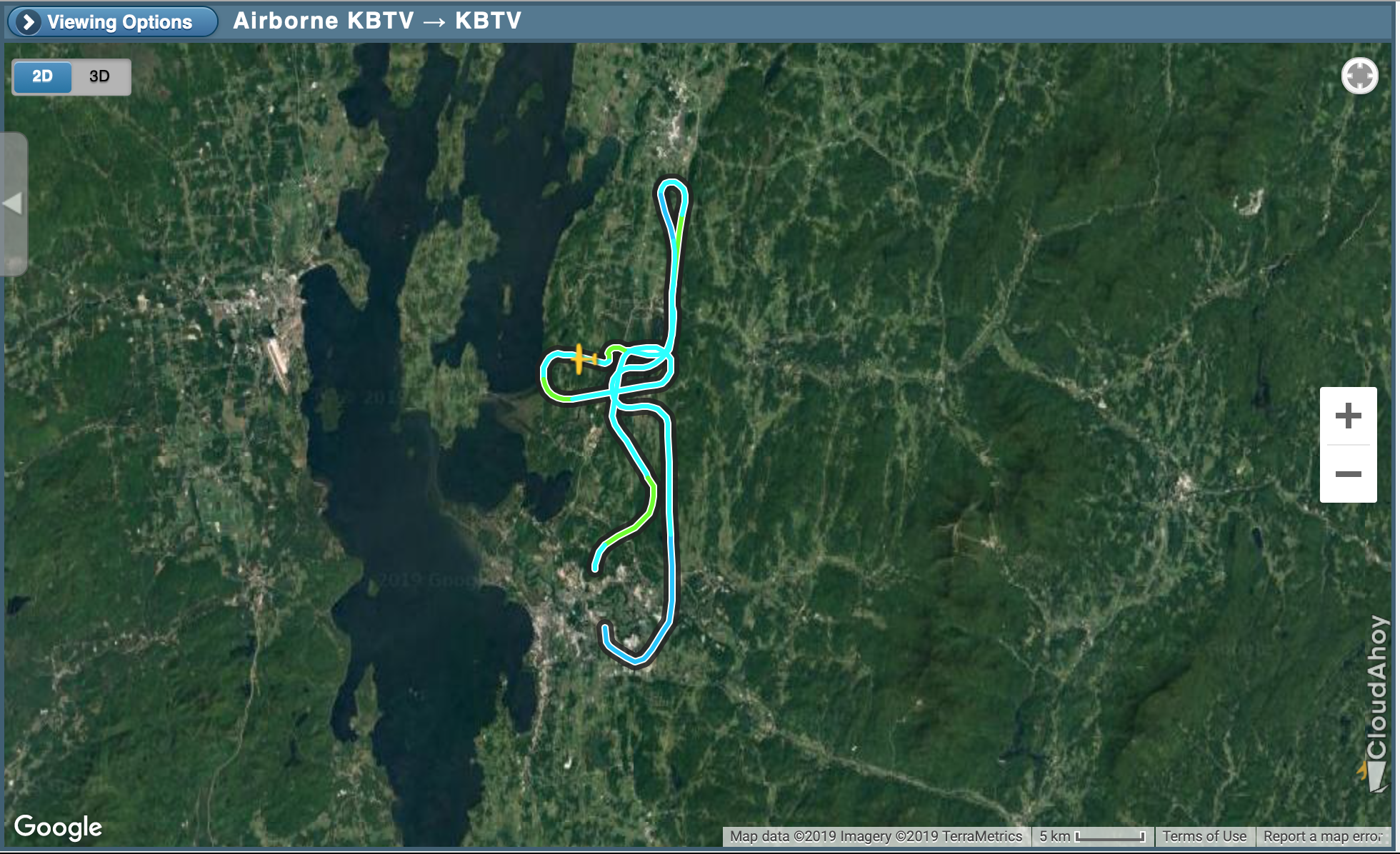 And then I did it. Over and over. I took off, steeply enough to startle me a little everytime, flew the pattern, and landed, several times. The landings felt really hard, but V seemed OK with them. She asked me to land with a little power on, and I did, and that may have been why they felt so hard. Anyway, it was awesome. I felt awesome.

I smiled. I never smile. But I smiled when this picture was taken. I don't remember the last time I had this much fun. 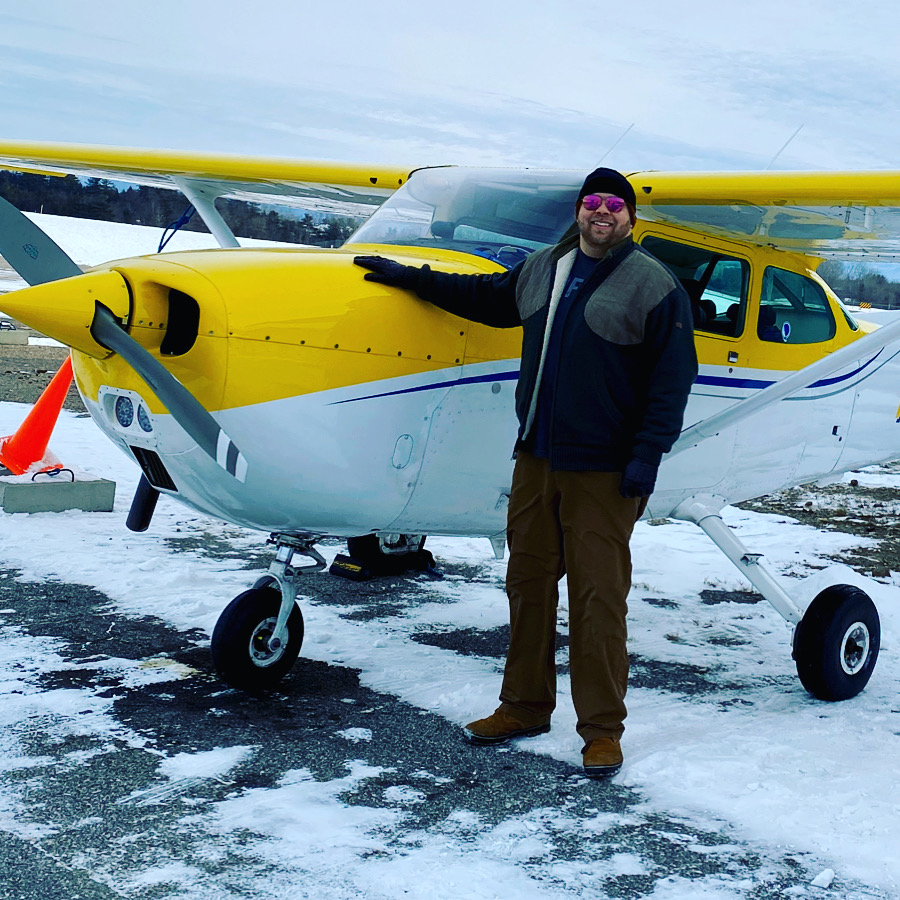